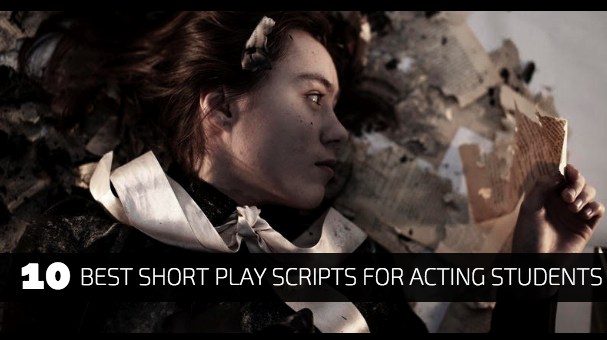 The 10 Best Short Play Scripts for Acting Students is based on popular picks ranging from high school students to older acting students in drama class.

DEAD WEIGHT
Tia works with Cris at a bar and has just found out that he is leaving to move back home.  She has been in love with him for quite some time but Cris has hang ups.  In this short play, Tia tries to connect with Cris by telling him the truth about himself.

RESET BUTTON
Lana can’t cope with her friend randomly crashing in on her life and literally living in her apartment.

MEDIUM
This is a funny short play about a man who acts like a friendly giant, when in reality he is an angry little man.

ONE OF THE GOOD GUYS
A monologue from the play Natural Causes, Carlston has been double crossed but all isn’t what it seems to be.

KILLING YOU
A dark short play about a serial killer working on his next victim but by some miracle something changes the event.

THICK-SKINNED SOLDIERS
This monologue comes from the short play Maple Road and examines the relationship between a father and son during a time in which the son is discovering who he truly is.

AT THE PARTY
Tom has had a battle of the egos with a family member for years but on this one particular night, when a heart-attack happens, he blames himself for taking things too far.

FOUR SUMMERS AGO
When darkness unfolds between two sisters one wonders if there will ever be light shared between them again.

PROMISES, PROMISES
Littia’s husband hasn’t been keeping up his end of the bargain when it comes to their agreement of raising their daughter together as a team.