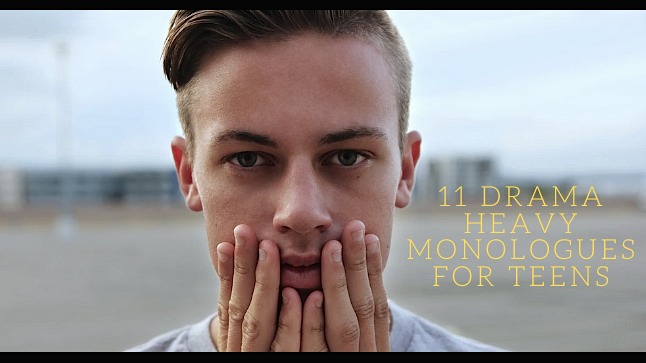 LITTLE CREATURES
Abby loves to make dolls but the trouble her mother is beginning to notice is that Abby seems to talk to her dolls more than just play.

SEE ME AS A STRANGER
Gordy is a teenager not equipped to raise a daughter with his ex-girlfriend but after experiencing what he considers some sort of brain fog, Gordy may dig down to make life better for everyone he loves.

DON’T LEAVE ME WITHOUT MUFFIN
Ginger can no longer take living at home and decides to escape during the night only to be found out by her mother.

MOMMA, I’M NO FOOL
Daphne has been raised by a single mother who isn’t the greatest influence over Daphne’s future and what is best for her well being.

CHECKING IN
Rob’s mother has passed on and before she left she made him promise her to seek out his biological father and make amends.

LOVE IS A STRONG WORD
Mischa loves her boyfriend Marty but since she’s gone off to college she’s had new experiences and interests that she must make him aware of.

TREAT ME DIFFERENT
Marshall doesn’t know how to talk to his father about the difficulty he is having regarding his identity.

SOFT SONG
Tina is a music artist struggling between time spent in the studio and spending time with her beloved Grandmother who doesn’t have much time left.

OTHER SIDE OF THE CHASM
Chad has always felt removed from the other students at school.  He’s never been invited to any parties.  Never been asked to hangout.  In fact, he’s always been ignored by what feels like everyone.  His one true friend Lia is there for him however.

THEM CANDLES
Kendra may be in love with a guy.  She suffers from a terrible lung condition which makes her mother overbearing to live with.  However, Kendra has kept the guy she’s seeing a secret until her mother finds out the truth.

FAR ENOUGH
Matt isn’t sure if he witnessed something bad and has kept it to himself all summer long until his mother questions him about his strange behavior.