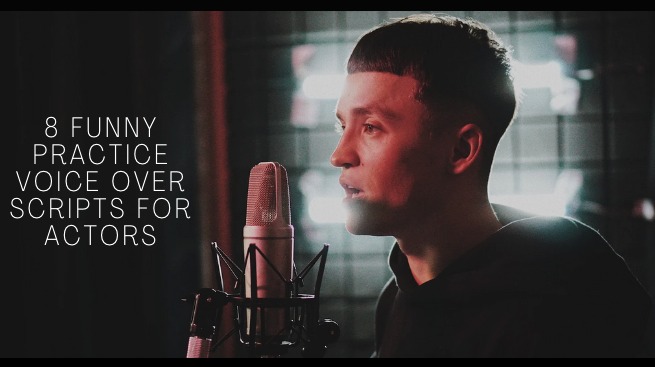 8 Funny Practice Voice Over Scripts for Actors provides creators with short monologues that may be used for voice recording demo work.

The monologues shared below offer up a range of character accents within the comedy genre.

THE LAST M&M SAMURAI (American Standard Accent)
Dan tells his friend all about his philosophical take on never eating the last peanut in his M&M bag.

OVER THE MOON (Queens/Brooklyn Accent)
Lucia is on a first date with a nice guy but something is extra traditional about him that doesn’t really make sense.

GATOR’S FURY (Southern American Accent)
Holt talks to his longtime alligator friend that’s trying to decide whether or not to eat him.

TALK OF TH’ TOWN (Irish Accent)
Pete can’t stomach his wife’s cooking but eats whatever she makes as not to break her heart.

DARLING FACE (Texas Accent)
Beverly wants to remove herself from the life she is living and figures the best way to do that is have a rocket ship built to blast her up to space.

RAISON D’ETRE (French American Accent)
Marlo is a broke poet who lives off the kindness of his local diner to survive while he creates poems from his soul.

BEER AND BOBBY’S LASAGNA (New York Brooklyn/Queens Accent)
Kutch tries to give a favor back to his friend by trying to help move a woman out of her home but late night food and drink might get the best of him instead.

HULLABALOO (Thick Midwest American Accent)
Maggie fears the worst for her son as she tries to figure out how to get a handle on his rebellious ways.