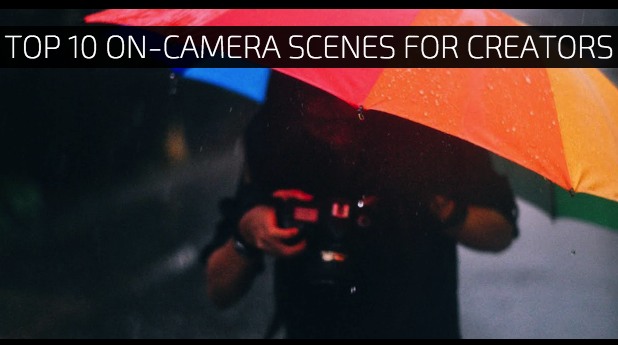 Here’s the Top 10 On-Camera Scenes for Creators, Actors and Filmmakers to experiment with for comedy and drama pieces.

FOUR SUMMERS AGO
Two sisters who haven’t spoken realize that improving their relationship may be the better way to go.

MR. BAD MOOD
After refusing to leave the lighthouse, Bill receives a visit from his concerned son and is forced to confess why he’s behaving so strangely.

ICE CREAM FROM A WINDOW
Cathy begins to discover that she may be having a mental breakdown and turns to a friend for help.

CHECKING IN
Rob finds his biological father (after not seeing him since he was a baby) in order to keep his promise to his deceased mother.

HOLDING ON TO TIME
Patricia and Morris have never seen eye to eye as a daughter/father but they are both in mourning over the one woman they both loved, which may bring about a nuanced relationship between them.

ALL THAT MATTERS MOST
Clyde has his back against the wall regarding his finances and he doesn’t know what to do in order to keep his wife and kids secure.

NOTHIN’ BUT GOOD THINGS
Former lovers Betty Sue and Dunston haven’t seen one another in years and while taking a walk under the moonlight, truth gets told.

THE OUTCOME OF DESIGN
Two teenagers discuss their views on life in the great cosmos.

AGATHA’S LETTER
Milo receives a letter from his deceased wife exactly one year to the day she left.

SINGLE HAPPY MOMENT
A pair of young lovers flee to avoid getting murdered by a hit man they are indebted to.