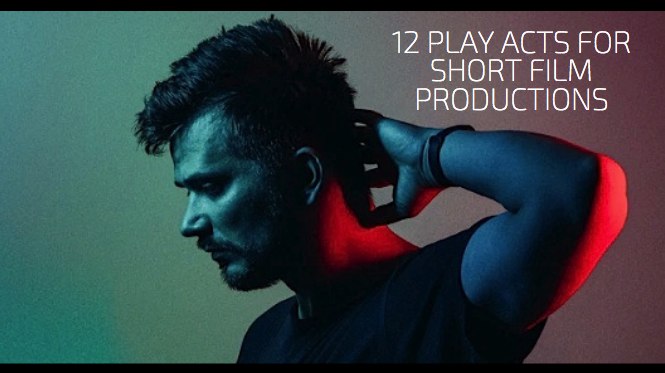 12 Play Acts for Short Film Productions offers filmmakers the opportunity to take our play acts for adaptation into a short film experience.

The scripts shared here are previewed material to give you a taste of the story for your own creative interest.

All material below is budget-conscious and dominated by a single location with a minimum of 2 characters.

In short, if you are struggling for story ideas or in search of something that connects with you, try the scripts below to see if something stimulates your creative desire.

LAST DAY OF JUNE
After Ernest witnessed a strange light occurrence coming from his neighbor June’s home, he goes over to visit her to make a shocking discovery.

WE WILL TAKE GOOD CARE OF YOU
Pete Hennings witnessed something who shouldn’t have seen while at work and now he is presented with a contract that swears him to secrecy and gives him money but he must wipe his memory clean.

WALKING SHADOWS
Felicia wants a family of her own but the only way she can have a child is by attempting to kidnap one.

FACING THE SUN
Three soldiers are stuck on top of a mountain during a war and during a storm.  They urgently wait for aid to rescue them before it’s too late.

TRUE BLUE BOY
Abilene visits an old friend who runs a bar in order to beg for her son’s life but her old friend may or may not be able to help her plea.

ICE CREAM FROM A WINDOW
Cathy is experiencing the worst form of middle age and when she meets her friend Barbra it all comes splashing out.

JEF
Landia purchased a robot identical to her deceased boyfriend in order to cope with his loss but now she may be feeling guilty over the relationship she has developed.

DRAGONFLY WHISPERS
A look into the mind of Flora, who suffers from a form delusions which can be nothing short of haunting and scary not only for her but for her husband as well.

THE CIRCLES UNDER OUR EYES
Bordy is a struggling artist who has to ask him mother to borrow money again and in the process finds out that she could potentially be terminally ill.

LITTLE FISH
Bryan and his wife Delilah undergo another typical day within their kitchen quarters which serves as a metaphor for something way more sinister that’s happening outside their home.

NO HARM IN ASKING
Corbin has just found out about the loss of his father without even knowing where he’s been buried.  When he approaches his stepmother Luzzy, the two find a connection least expected.

BEFORE THE NIGHT BLOWS COLD
Billy’s in a world of trouble with men out to kill him and he returns to his ex-girlfriend Azumi’s apartment for help.