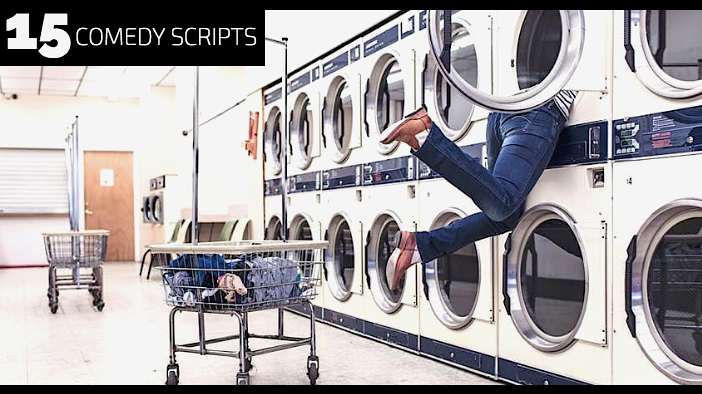 Here’s 15 Powerful YouTube Comedic Scripts for Vloggers offers a solid way to get your funny bone going for your creativity.

BASKET CASE (2 women)
The comical madness between a mother/daughter in this Queens neighborhood tale.

CRUEL JOKE
Pat and Vin wait for their boss to contact them in order to know wheat place they are robbing next.

FULL AMOUNT (2 men)
Ever put coffee in your ass?  Kids, don’t try this at home.

LESS SOAP, MORE BLOOD (1 woman, 1 man)
An actress tries to defy her agent when being offered yet another soap commercial.

EATING MONSTER MACHINE (2 men)
While out for lunch one friend accuses the other of eating like a savage.

SHRIBBLE (1 woman, 1 man)
A couple has recently gone vegan and the guy just can’t handle the pressure of not eating meat.

HAROLD’S EAR (1 woman, 1 man)
What happens when Harold asks his niece to remove a cotton ball stuck within his ear?

THE CASE OF THE GORGONZOLA TOE NAIL (2 men)
Pack wakes Burpie up from sleep in order to question him over why he stole his to nail clippers.

BLIND SPOT (1 women, 4 men)
A pub in Ireland and the shake up that takes place when Mícheál shows up looking for his mother after apparently striking her.

A PAIR OF HEROES (2 women, 2 boys)
This is a funny short scene about a Grandmother who has been doing her best two watch her two grandsons, despite the havoc they have been inflicting upon her.

THE DUCK (1 woman, 2 men)
What if one of your closest friends starts talking to invisible objects?

SUN TZU OF SELF-SABOTAGE
Two miserable friends try to muster up the courage to leave their backyard.