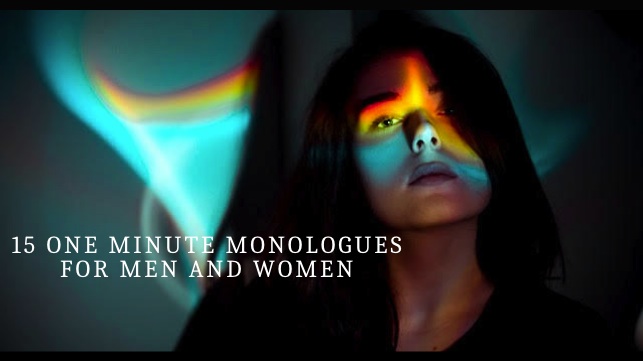 15 One Minute Monologues for Men and Women

TOMORROW THE SUN WILL SHINE
Dwight turns to his caretaker Mrs. Sapphire about his recent breakup with his fiance.

THE BEAR
Tiffany always puts others first due to her high level of compassion but the problem she faces is that she ends up neglecting herself.

FOREVER MY DINO
Dean stands up to his sister Mira over the fact that he chooses to have his friend Tommy remain his friend in his life.

RECOVERY ROOM
Ola has been living in a room for an undisclosed amount of time.  James is the newest recruit and she tries to inform him about what to expect.

NO SHADOW CAN TOUCH
Rick makes his living as a dancer but has suffered a life changing injury that will forever alter his path and he needs to figure out how to support his family.

IN THE HOUR OF RAIN
Alanna confides in her best friend about her drinking problem and how she plans to remove it from damaging her life.

TOO LATE FOR BARKING
Sal is fed up with his lazy son and tries to snap him out of his fog. 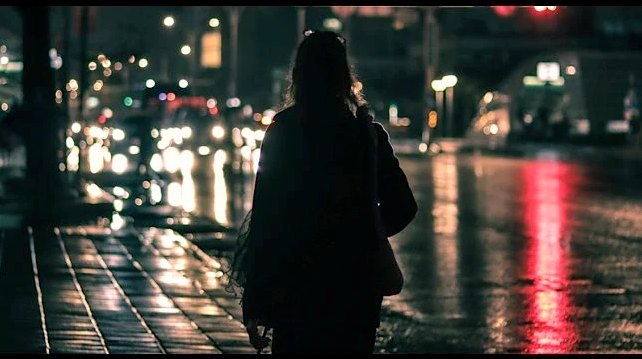 THINKING OF SOMEONE ELSE
Toya is in love with her girlfriend but not necessarily certain she feel the physical attraction any longer.

THE WINDOWSILL
Uncle Fritz has a word with his young nephew after his parents died in a tragic accident.

TREAT ME DIFFERENT
Corinne and her mother are always at odds but the surprising connection when it comes to the loss of Corinne’s father reveals hope for their friendship.

SOMEWHERE BETTER THAN HERE
Cram reveals to his friend how he feels about his ex-girlfriend while they drink and watch baseball together.

WE WILL TAKE GOOD CARE OF YOU
Mrs. Birchwood hold a high position in a secret and specialized tech firm where she needs to keep order at any cost.

IN THE FACE OF TROUBLE
Roger does his best to do the honorable thing for his boss and puts his money where his mouth is.

WALKING ON AIR
Linnie provides her unhappy daughter some uplifting words of encouragement and about not taking life for granted.