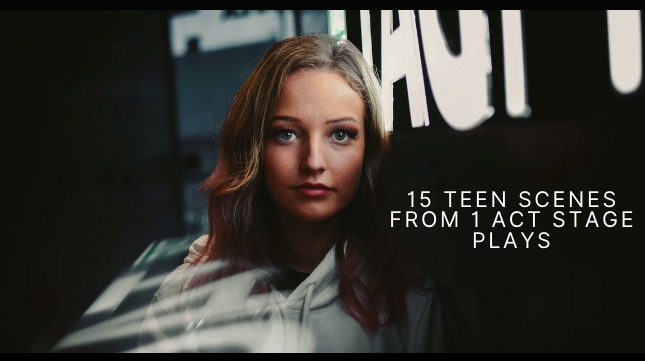 THOUGHT I COULD MAKE IT OUT HERE ON MY OWN from Ache and Moan
Carlotta tries to find her balance between missing her mom and trying to make her own way in life.

IT’S A QUIET PLACE TO CHAT from Them Candles
Kendra has to deal with an overbearing mother who worries about her because she suffers from a lung illness that doesn’t allow for her to experience life like she is determined to experience.

IT’S NICE TO KNOW THERE’S SOMEONE IN THIS HOUSE from Laughter in the Distance
Marva is a sickly woman who begins to realize that she isn’t giving her young son the freedom he needs to grow up as happy as she would like him to be.

WHY SHOULD YOUR OPINION MATTER TO ME from Imagined It To Be
Sean is a student studying at a private school.  One day he skips school and ventures out on his own where he befriends a street hustler named Douglas.

YOU EVER LISTEN TO BLUES? from Thin Ice
Kyle is newly transferred to a new High School and is quickly building a reputation for himself as a troublemaker.  While walking home from detention he begins speaking with another so-called student troublemaker named Scarlett.

OUR TOWN IS THE PITS from Acid Taste
Three teenagers visit their local polluted lake and dare one another to take a swim when one of them takes on the dare making the potential for something terrible to happen.

YOU SHOULD BE MORE CAREFUL DRIVING IN THE RAIN, MR. MOSS from Despite the Rain
Harry visits young Elizabeth, a clairvoyant at her home in order to help guide her with her troubling abilities but he may be the one who gets helped. 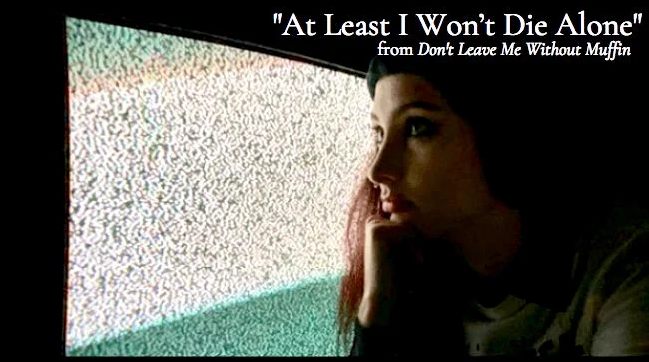 AT LEAST I WON’T DIE ALONE from Don’t Leave Me Without Muffin
A rag doll comes between the true feelings of a neglected mother and daughter, shedding light on what really matters to the both of them.

HOW DID YOU FIND ME? from Checking In
Rob’s father confesses to his son for the first time why he abandoned him when he was a baby.

DO YOU KNOW HOW YOU’RE GETTING HOME? from High Places
Harrison has tracked down the girl he has fallen in love with, discovering that she lives in a bad part of town, Harrison isn’t willing to walk away from his heartfelt feelings.

THERE’S THAT WORD I HATE from Waste of Time
Byron wants to drop out of school to run his business but his parents will never permit him to do such a thing.

CAN I MAKE A CONFESSION?  from Siren in the Night
Crystal is a runaway teen who is given a lifeline from her friend’s father but it may not look like she wants a helping hand.

NEVER IN A MILLION YEARS DID I THINK YOU’D BE AN ACTRESS from Lost and Found
Jarla wishes to help her friend Kimmie find her tru path in life after they have both lost a friend.

HOW DO WE KNOW IT’S TRUE? from The Outcome of Design
Jesebel and Geoffrey are two teens trying to figure out the meaning of life and all its mystery.

YOU WERE GIVING UP from Other Side of the Chasm
Chad is giving up on going to college and instead is settling to live a life he had come to believe is his fate.  His friend Lia comes to his aid and tries to set him on a better course.