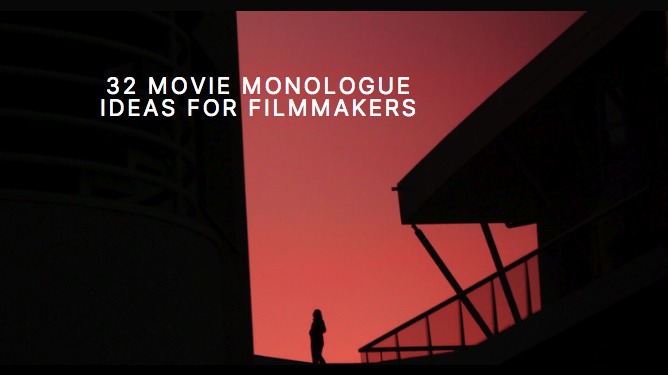 32 Movie Monologue Ideas for Filmmakers provides film directors monologue scripts that may be captured for a short movie project.

Sometimes a filmmaker simply wants to practice their craft or is on the lookout for material that they can adapt into a story.

Not only are our scripts available for filmmakers alike but oftentimes we find that our monologues have gone on to make interesting short films in their own right.  It’s always exciting to see creative minds at work when it comes to storytelling.

We encourage filmmakers to check out the movie monologue ideas below to see if inspiration strikes.

THE TOY TRAIN
Bill patiently waits for a train to arrive so that he may bring a Christmas gift to his son who is in the hospital.

WAITING IN THE WINGS
Wendy encounters her boss in such a way wherein he tries to force himself on her and as a result she kills him.  Now she’s left with his body.

BEFORE THE LIGHT WENT OUT
Samuel tries to explain to his sister why he couldn’t be in the room when their mother passed away.

RECOVERY ROOM
Ola welcomes James to the room where he will be staying with her for the rest of his life.

ALL THAT MATTERS MOST
Clyde is on the verge of losing everything he’d spent his life working for and he is stressed out over taking care of his family.

LAST LINE OF DEFENSE
Mr. Rogers needs permission granted for the construction of a grandiose hotel that will provide many jobs for the community.

VAGUE STONE
Robert is a gifted yet unhappy fashion designer who has had a strong of success but has not enjoyed the experience as of late.

COVERING DISTANCE
A runaway teen makes a friend while traveling on a cargo train and trying to figure out her own path in life.

LAUGHTER IN THE DISTANCE
Marva talks to her son about his grandfather and how similar they are in physicality and temperament.

SAND ANGELS
Lenora isn’t too pleased with her boyfriend for what came off as a flirtatious conversation with a younger woman.  This event triggers a sensation within Lenora that she is passed her prime and not as attractive as she once was.

HOLDING ON TO TIME
After losing her mother, Patricia tries to find a better balance with the father she always felt neglected by.

LAND OF THE FORGOTTEN
George is a homeless man who was once considered a well established architect.  While resting in a public park, George strikes up a conversation with a woman who reminds him of the daughter he hasn’t spoken to for years.

THERE COMES A TIME
Shannon has caught her son being a troublemaker with his friends by ruining people’s property from their neighborhood.

CHERRY BLOSSOM
Dierdre is a heartbroken woman who thought she met the man of her dreams but discovers it was all untrue.

AGATHA’S LETTER
Milo fell out of love with his wife and shortly after that she committed suicide.  One year later to the day he receives a letter written by his dead wife that haunts him.

THE MACHINE
Griffin is in a bit of a daze over losing his friend at work on the job and can’t seem to comprehend how his boss and staff are all so heartless over what happened. 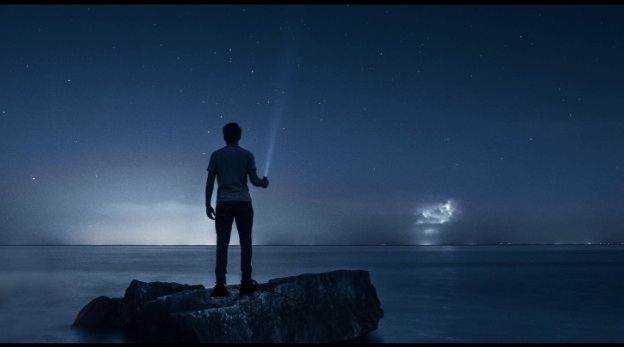 ONCE IN A RIVER BLUE
Willy boy has become somewhat of a local legend for all the wrong reasons, but falling in love with a new woman in town can make all the difference to his life.

LENNY
Lenny suffers from an identity crises so extreme that he changes his name and appearance trying to find out who he truly is.

OLD HABITS DIE SLOWLY
Wilford breaks down to his daughter why he and her mother are going their separate ways.

THE CHAIN OF HEREDITY
Gregory sees his ex-wife on the day of his birthday and talks to her about the regrets he has raising their daughter.

THE LAST TIME
Wendy is disappointed with her father for always asking her to borrow money and never making any effort to be in her life except when he needs money.

PAY ATTENTION
Linda takes a cab to spy on her man to discover that he has in fact been cheating on her with her best friend.

BULLETS OF THE WASTELAND
Margaret is wealthy and powerful woman who is making things difficult for the local builders to undergo new construction near her property.

NOTHIN’ BUT GOOD THINGS
Betty Sue has come home after years of trying to make it as a successful singer.  She talks about her journey with her ex-boyfriend who is now married.

THE MAP OF YOUR FUTURE
Tracy is raising a difficult son who refuses to hold down a job and understand the value of a dollar and sound work ethic.

PLAYING HOUSE
Annie is on the verge of leaving her husband and children for good for never appreciating her and taking her for granted.

THE MONSTER
Byra is shocked by her roommate and best friend trying to physically take advantage of her.

SPIRIT OF THE HORSE
Turner has had a hell of a few days ever since he experienced a traumatic event with a horse in NYC.

SCRATCHING THE SURFACE
Ouzo like to drink for justifications he tries to explain to his ex-girlfriend during her art exhibition.

ONCE IN A PINK MOON
Dorothy keeps asking her attractive landlord to come over the apartment to fix things with the hope of getting closer to him.

EVERY THURSDAY
A father trying to find a way to get close to his son again, despite their different ways of living and understanding life.

THERE WAS A TIME
Chuckie lost the savings he and his wife were growing for a better future and this isn’t the first time he’s done it.