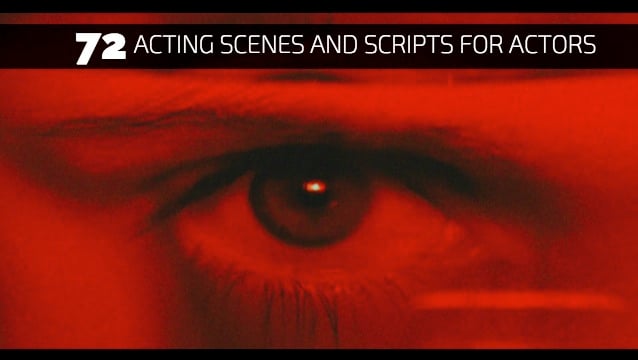 Monologue Blogger creates monologues and acting scripts/scenes/skits for students and seasoned actors to use for creative projects.

We invite and encourage you to use and share our scripts.

MB has published thousands of scripts and monologues over time and each day we publish and share new material hot off the press.  =)

You are always welcome to visit our site to collaborate and get creative.

72 Acting Scenes and Scripts for Actors

ACHE AND MOAN (2 women, 1 man) A teenage drifter tries making a life for herself on the streets with a seasoned hustler.

AGATHA’S LETTER (1 woman, 1 man)  In Agatha’s Letter, Milo receives a letter from his dead wife with a cryptic message that haunts him.

BEER AND BOBBY’S LASAGNA (1 woman, 2 men) Kutch does his friend a favor by helping him move out a woman all while feeling terribly sick from bad food and beer.

BURNING FLOWERS (2 women, 1 man) Riona is a mother who never desired having a child and feels locked in a world she wishes she never entered.

DON’T LEAVE ME WITHOUT MUFFIN (2 women) A mother and daughter come to a climax when a rag doll serves as a metaphor of their relationship.

EMBERS THAT REMAIN (2 women, 2 men) Dallas is losing the bar she tried to establish in her community.

FOUR SUMMERS AGO (2 women) Two estranged sisters who haven’t spoken in years come together to try and work out their painful differences.

HURTS WHEN IT RAINS (2 men) Two brothers try to find a common denominator when one of them is in love with a woman that is bad news.

JEF (1 woman, 1 man) Ascifi drama about a woman who replaces her dead fiance with an identical robot but realizes she’s being delusional.

LAUGHTER IN THE DISTANCE (1 woman, 1 man) Marva compares her son to his Grandfather and shares memories with him to for a stronger bond.

LITTLE FISH (1 woman, 1 man)  In Little Fish, a married couple tries to cope with the ongoing loss of people from their neighborhood who touch their backyard fence.

LOST AND FOUND (2 women) While mourning the loss of their friend Jarla and Kimmie try to figure out their own path in life.

MR. BAD MOOD (2 men) After not hearing back from his father, a concerned son travels to a lighthouse where his father refuses to leave his work post.

THE HANDLE OF THE BLADE (1 woman, 2 men)  A king confesses to his loyal knight that he does in fact have an heir to his throne.

MAPLE ROAD (2 men) Marshall has been struggling with his true identity and tries to figure out a way to tell his father and ask for help.

ALL THAT MATTERS MOST (1 woman, 1 man) A man is on the verge of losing everything he’s ever worked for and doesn’t know how he is going to continue taking care of his family.

CHECKING IN (2 men) a son seeks out and finds his real father in order to tell him that his mother has died and release all the pent up hurt and rage he’s felt all his life.

FAR ENOUGH (1 woman, 1 man) Matt feels guilty over not sticking up for a student that he feels was strongly mistreated by other classmates.

LET THE WORLD SEE US (1 woman, 1 man) A young business tycoon is willing to give his business up because of the unhappiness he’s felt for far too long.

LENNY (1 woman, 1 man) Lenny is a guy who wants to fit into society but doesn’t ever truly know who he is.

LOVE IS A STRONG WORD (1 woman, 1 man) Martin visits his girlfriend on campus only to get the surprise of his life.

MILTON’S PLIGHT (2 men) Milton is disgruntled and takes it out on his partner while they sit at home bored.

MOMMA, I’M NO FOOL (2 women, 1 man) After fending off yet another one of her mother’s late night visitors, Daphne explains to her mother that she is leaving to meet her biological father for the first time.

NO IS BETTER THAN SILENCE (1 woman, 1 man) A couple that has broken up but talks things over with the possibility of patching up their relationship.

ROSE TO ASH (1 woman, 1 man) A heartbreaking tale of a young woman torn between life and death.

THE LAST M&M SAMURAI (2 men) A funny look into the philosophy of a guy who uses food as a metaphor for life.

TREAT ME NICE (2 women) Corinne labors over her mother and never seems to receive any appreciation for her good deeds and effort.

ICE CREAM FROM A WINDOW (2 women) Two friends meet at an ice cream parlor but one of them is on the verge of a major nervous breakdown.

MAILBOX MARVIN (1 woman, 1 man) A dark and grisly tale of a maniac and his therapist and the contract that binds them.

NOBODY CARES (2 women, 1 man) A couple enters a retail shop only to feel panicked by an intense sales representative.

A SHADE OR TWO DARKER (1 woman, 2 men) A period drama about a small family and the racism that exists between them.

DAY FOLLOWS NIGHT (2 women) In the early morning hours Pina receives a phone call from her best friend who is drunk and needs to get picked up from a shady neighborhood.

DARLING FACE (1 woman, 1 man) A newly married woman is completely miserable living in the suburbs and feeling isolated from the world.

EVEN THE COLOR BLUE (1 woman, 2 men) Johan visits his parents in order to find the courage to tell about his true identity but a painful surprise awaits him before he gets the chance.

FEVER DREAM (1 woman, 1 man) Reggie befriends a bartender as she takes a drink before trying to work up the nerve to visit her father in the hospital.

FISHIN’ FOR MISERY (1 woman, 2 men) An independent filmmaker is on the outs with his career and tries to figure out his future path.

FUNGUS AMONG US (2 women) Roommates Alexa and Mara discover that something alive may be living inside their refrigerator.

HENRY’S DONE ENOUGH (2 men) During a pandemic two men are bickering at one another over insignificant objects inside their apartment.

NIGHT OF THE PARTY (1 woman, 1 man) A couple in the midst of leaving for an event gets into a ferocious argument.

NO SHADOW CAN TOUCH (1 woman, 1 man) A gifted dancer suffers a terrible accident wherein he cannot ever dance again and now he is left with trying to figure out how to support his loved ones.

PHONE CALLS (2 women) Meagan is tormented over the fact that a guy she met three days ago still hasn’t called her.

ACID TASTE (2 women) A small group of teenagers hangout beside a toxic lake when one of them gets dared to take a swim.

ACROSS THE FACE (2 women, 3 men) A broke theatre director relies on borrowing money from his ex-brother-in-law but regrets it when he’s instructed on how to direct his play.

BETTER DAYS (1 woman, 1 man)  Karen demands payment for the motel room that Miles occupies but he doesn’t have two nickels to rub together.

BIG TIME (2 men) Maddock wants out of the boxing arena but his manager Nico refuses to let him go.

DESPITE THE RAIN (2 women, 1 man) Elizabeth is a clairvoyant who receives a visitation from a troubled man.

DRINKS ON THE HOUSE (1 woman, 2 men) A father surprise visits his daughter after not seeing her for a number of years to tell her the sad truth that he is dying.

FACING THE SUN (2 men) A pair of soldiers are trapped on top of a mountain after battle with a major winter storm approaching and no supplies to survive.

FADE TO BLACK (1 woman, 3 men) An embittered father believes his two sons wish to kill him for his land and property.

OVER THE MOON (1 woman, 1 man) A romantic comedy between two people on a first date who get along exceptionally well but the trouble is that they are from different centuries.

MEDIUM (1 woman, 1 man) a funny short script about a guy who refuses to admit he is shorter than he actually is.

NOT WHEN YOU’RE AROUND (1 woman, 1 man) Ada has always felt neglected by her father and in this short play she may get a welcomed surprise.

SCRATCHING THE SURFACE (1 woman, 1 man) During Ellen’s art exhibition, her former lover Ouzo shows up and the two embark on a long night together.

SINGLE HAPPY MOMENT (1 woman, 1 man) Doug and Priscilla are on the run for their life and try to make it to a ship to France before it’s too late.

TYPICAL TEEN (2 women) Shadira is a talented figure skater who needs more support from her family so she can follow her dreams one hundred percent.

WAKING HOURS (1 woman, 1 man) After witnessing two birds smash into a high-rise, Willis expresses his disdain and torment to his girlfriend.